Bangkok, officially known in Thai as Krung Thep Maha Nakhon and colloquially as Krung Thep, is the capital and most populous city of Thailand. The city is now a regional force in finance and business. It is an international hub for transport and health care, and has emerged as a centre for the arts, fashion, and entertainment. The city is known for its street life and cultural landmarks, The Grand Palace and Buddhist temples including Wat Arun and Wat Pho stand in contrast with other tourist attractions such as the nightlife scenes of Khaosan Road and Patpong. Bangkok is among the world's top tourist destinations, and has been named the world's most visited city consistently in several international rankings. Bangkok's rapid growth coupled with little urban planning has resulted in a haphazard cityscape and inadequate infrastructure. Despite an extensive expressway network, an inadequate road network and substantial private car usage have led to chronic and crippling traffic congestion, which caused severe air pollution in the 1990s. The city has since turned to public transport in an attempt to solve the problem, operating eight urban rail lines and building other public transit, but congestion still remains a prevalent issue. The city faces long-term environmental threats such as sea level rise due to climate change.

The Grand Palace is a complex of buildings at the heart of Bangkok, Thailand. The palace has been the official residence of the Kings of Siam (and later Thailand) since 1782. The king, his court, and his royal government were based on the grounds of the palace until 1925.

The Giant Swing is a religious structure in Sao Chingcha Subdistrict, Phra Nakhon District, Bangkok, Thailand. Located in front of Wat Suthat, it was formerly used in an old Brahmin ceremony, and is one of Bangkok's tourist attractions.

Wat Arun Ratchawararam Ratchawaramahawihan is a Buddhist temple (wat) in Bangkok Yai district of Bangkok, Thailand, on the Thonburi west bank of the Chao Phraya River.

The Bangkok National Museum is the main branch museum of the National Museums in Thailand and also one of the largest museums in Southeast Asia. It features exhibits of Thai art and history. It occupies the former palace of the vice king, set between Thammasat University and the National Theater, facing Sanam Luang.

The Chatuchak Weekend Market, on Kamphaeng Phet 2 Road, Chatuchak, Bangkok, is the largest market in Thailand. Also known as JJ Market, it has more than 15,000 stalls and 11,505 vendors, divided into 27 sections.

Lumphini Park, also Lumpini or Lumpinee, is a 360 rai park in Bangkok, Thailand. The park offers rare open public space, trees, and playgrounds in the Thai capital and contains an artificial lake where visitors can rent boats.

Krabi province is home to some of Thailand's most famous beach destinations-and Railay tops the list as one of the most stunning. Considered by many as one of the best beaches in the country 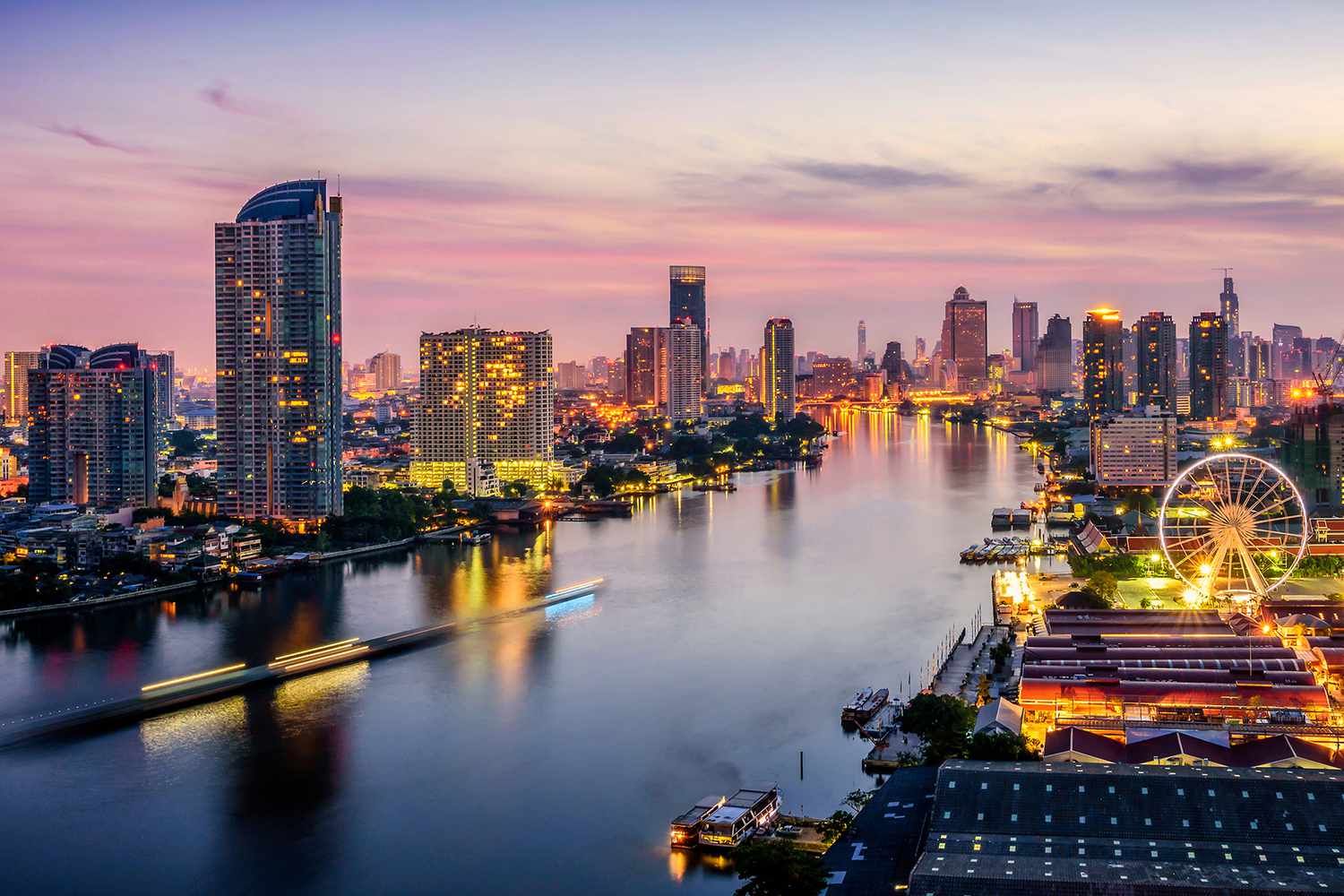 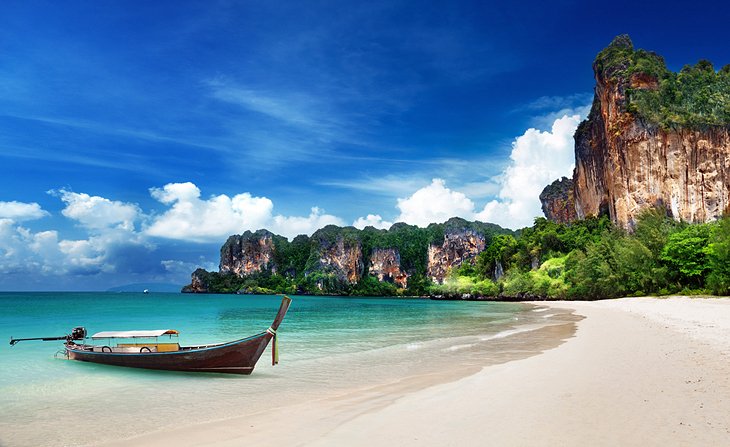 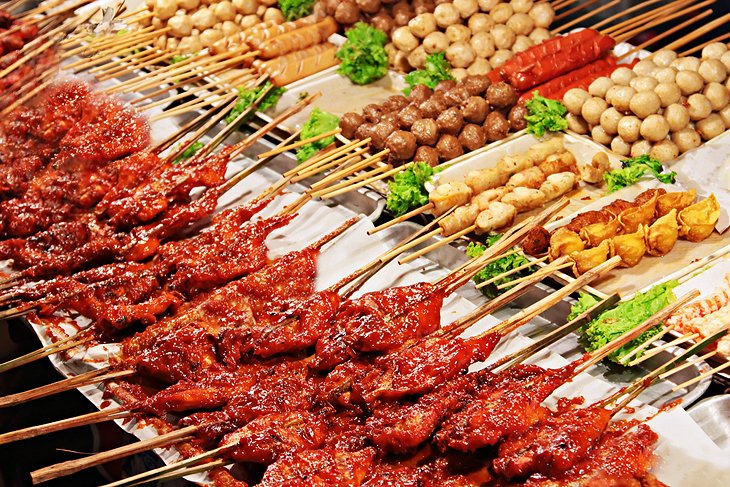